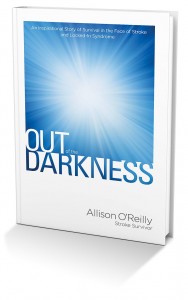 “I cleaned the house, which to me was like therapy. Later that evening, I spoke to our friend and dentist, Brian,
and said I didn’t feel well. He thought it was because I
had not eaten. Then later, the room started to spin. I also
had a terrible ringing in my ear and nausea. I just didn’t
feel right. I called my neighbors (Gisela and her husband,
Richard) and asked them to come over, as Kevin was on a
flight from Arizona. I unlocked the door for my neighbors
to come in, holding on to furniture to maintain balance as
the room was spinning, and went back onto the bathroom
floor. Upon entering the house and seeing me on the
bathroom floor, they said either they were taking me to the
emergency room or calling 911. They immediately helped
me down the front stairs and we were on our way; the
hospital was ten to fifteen minutes away. It was late, and the ER was somewhat full. She told the attending nurse, “You must take care of my friend now!” They did a test and ruled out a heart attack.

Next, they did a CT scan (which I don’t remember)and said I had vertigo and was dehydrated. They gave me fluids. Kevin arrived around midnight, and around 2:30 a.m., they released me from the hospital and sent me home with prescriptions to be filled in the morning.”

This is just a peek inside the book. You know your body and if something just doesn’t feel right. Fortunately, I was alert enough to be able to call a neighbor. If you were alone in an emergency, could you call a neighbor or 911? Be prepared should an emergency happen. Learn the symptoms  of stroke and go to the ER. Be better prepared and better safe than sorry. You’ll also know to have them rule out stroke.

Out of the Darkness Blog